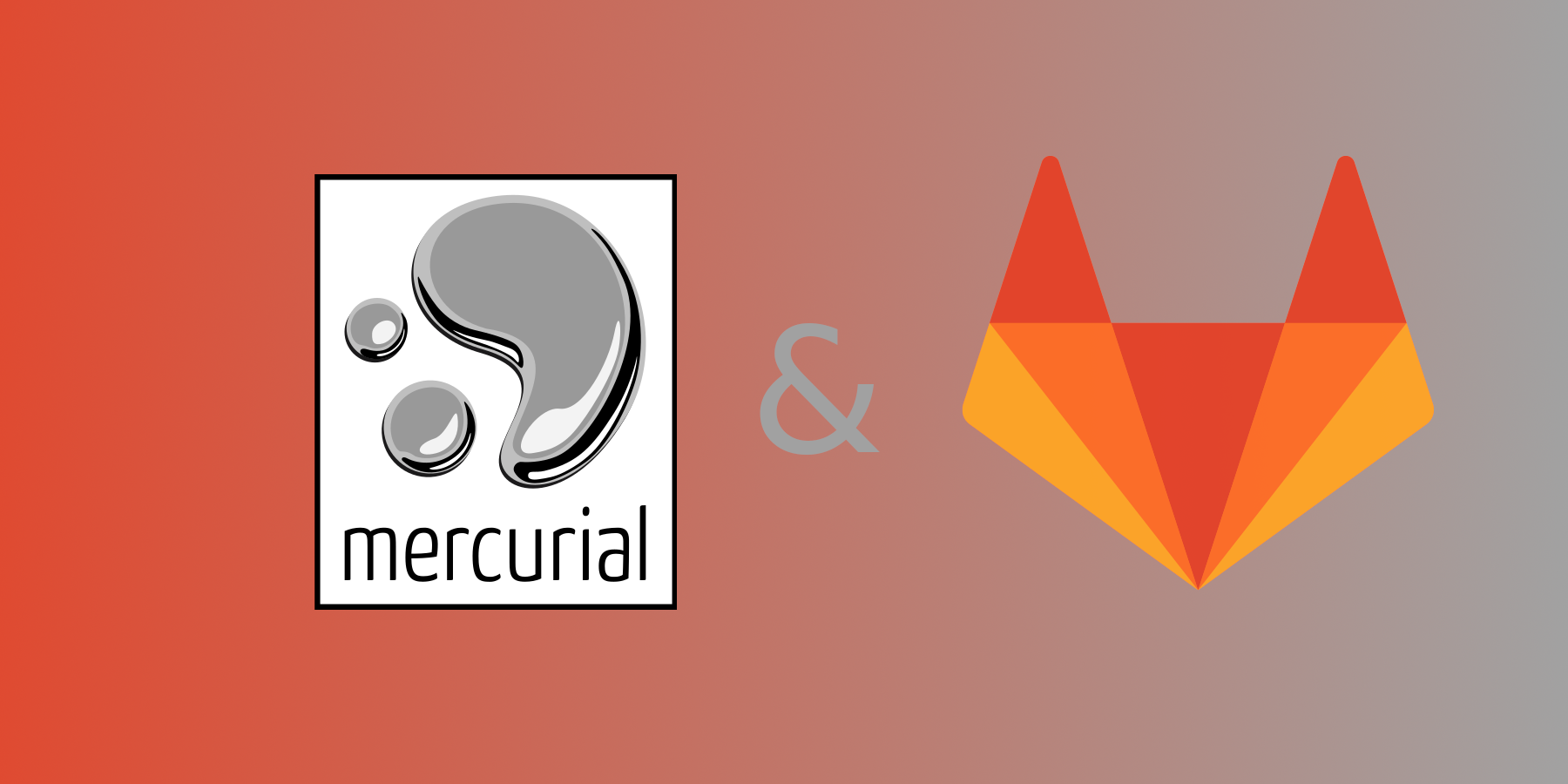 We are taking on the largest pain-point in the Mercurial community: integration with newest collaborative development platforms. Using the Mercurial version control system locally is pleasant, but when it comes to start collaborating, things get bumpy.

For that reason, we have experimented with adding Mercurial to the Gitlab platform.

Yes, you read right, we are making it possible to use our favorite version control system with the trendiest collaborative development platform.

We have built a prototype, that we and a few others now use internally. Now that we have proven feasibility, we are in contact with Gitlab to work on adding Mercurial support upstream. So far, we have received warm feedback. It cheers us up to push forward our efforts to offer the best development workflow and developer experience for all Mercurial users.

Why Work On A Collaborative Development Platform

Version control is a critical part of the development workflow, but it is only a part of it. It needs to integrate with other tools in order to provide a complete workflow, including access management, code review, continuous integration, continuous deployment, ticket tracking, etc.

Over the years, these tools grew more and more powerful, becoming a larger part of the developer experience. Collaborative development platforms (forges) supporting Mercurial exist but they now tend to lag behind the solutions existing around another version control tool: Git.

Fortunately, a lot of what makes current collaborative development platforms so appealing is only loosely related to the underlying version control system. Which makes it relatively easy to add support for an alternative one.

That lack of support in the best collaborative development platforms out there has been affecting Mercurial users for several years. We have decided to contribute to a solution. At Octobus, our core expertise is version control so the best course of action for us is to collaborate with an existing platform for the rest of the development tooling.

Gitlab has been one of the fastest growing platforms in the past couple of years. It has a strong feature set praised by many. We have seen all kinds of users switching from Mercurial to Git just to be able to use it. So the quality and the reputation of the product itself made us look into it.

Moreover, Gitlab has an open source version "Gitlab CE", provided under an MIT license. They have a healthy community with significant external open source contribution. It fits with our own open source philosophy and allows us to directly hack on the product core to add support for Mercurial.

Also, other open source communities, Gnome and Debian, picked Gitlab as their tool. Having such serious actors of the free software world trust Gitlab was important in our choice.

Mercurial and Git are similar by many aspects. They were created at the same time, by people from the same project, using the same sources of inspiration and for the same use-cases. Yet they have different implementations and made different choices that have a significant impact on the user experience. Having multiple tools offering similar services is beneficial for innovation. Since their creations, the two projects have been reusing each other's good ideas.

Overall, we believe Mercurial has a more extensible codebase allowing for more innovation. It has been used by large companies for several years, giving it pretty good scalability properties. We find it has a clearer user experience for both simple and advanced use-cases. Furthermore, the Mercurial development is very much alive, meaning that things will keep getting better. For example, we are getting real narrow cloning as a first class feature, allowing developers to combine the performance of using a small repository and the benefits of having a larger mono-repository. The Changeset Evolution feature is also unlocking new collaboration possibilities for team members.

However, we realized that all Mercurial powerful features needed an appropriate ecosystem to achieve their full potential. That is why it has become critical for Mercurial to be supported by state-of-the-art collaborative development platforms. In return, new features from Mercurial will help shape the workflow that those platforms will offer in the future.

At Octobus, we have been working on Mercurial for many years, getting involved in its community. Part of that involvement is talking to many users with diverse workflow, structure and backgrounds. We have been hearing more and more complaints about the lack of a good collaborative development platform for Mercurial. In the past two years, those grew at an alarming rate. We are convinced that is the biggest challenge that Mercurial is facing today. So, as much as we enjoy making the core of Mercurial faster and better, we decided we had to do something to address that tooling issues.

In addition to discussing with Gitlab how to get the changes needed for Mercurial support upstreamed, we are now improving our prototype, cleaning up the code and making it more capable. Our main goal is to provide people with a first class Mercurial experience with Gitlab.

If you are interested in testing the prototype or in helping us achieve that goal, please contact us at contact@octobus.net, or join us on #octobus-hg IRC channel on Freenode .

(And if you are a developer interested in the source control version world, we are hiring.)